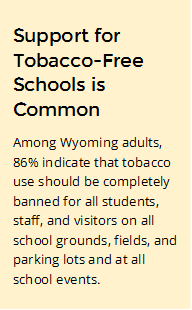 The Wyoming Tobacco Prevention and Control Program and the CDC share the goal of reducing the health burdens of tobacco use by preventing its initiation.

Age of Smoking a Whole Cigarette for the First Time 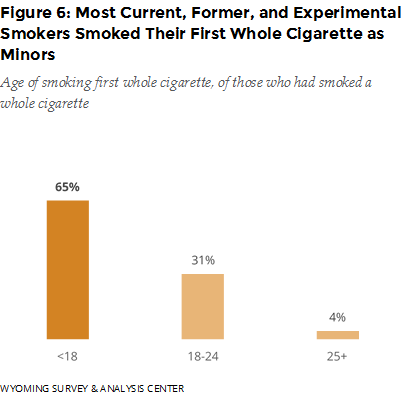 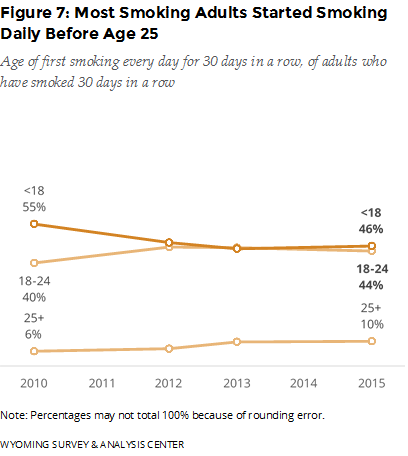 The smoking habits of the vast majority of Wyoming adults begin when they are under the age of 25. After age 25, very few adults begin to smoke or begin to smoke daily, though the age at which smokers initiate daily smoking appears to be increasing.

The Wyoming Tobacco Prevention and Control Program and the CDC share the goal of reducing the health burdens of tobacco use by eliminating nonsmokers’ exposure to secondhand smoke.

The 2015 ATS asked questions about both smokefree indoor air policies and smokefree indoor air laws. The policy questions asked respondents if they think smoking should be allowed indoors at workplaces, restaurants, bars, and casinos and clubs. (Casinos and clubs were asked as a single survey item, so WYSAC treated them as a single venue type.) The survey questions about smokefree laws asked respondents if they support or oppose statewide smokefree indoor air laws in Wyoming for all workplaces, restaurants, bars, and casinos and clubs. Results from the policy questions revealed that the percentage of Wyomingites who agreed that smoking indoors should never be allowed in workplaces or restaurants significantly increased from 2002 to 2015. For bars and casinos and clubs, more Wyoming adults believed that smoking should never be allowed indoors in 2015 than in 2013, but support for smokefree policies in these three venues was still lower than other venues (Figure 8). 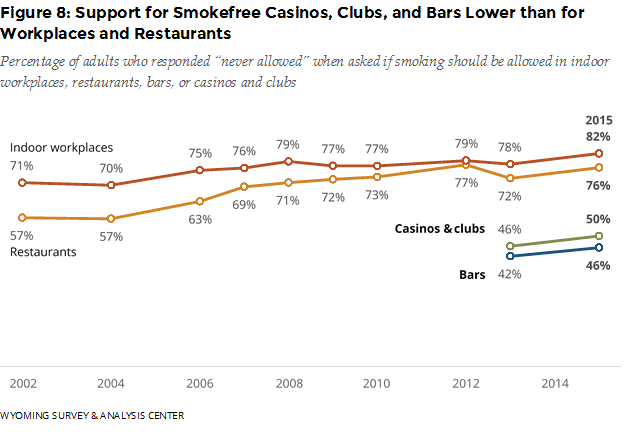 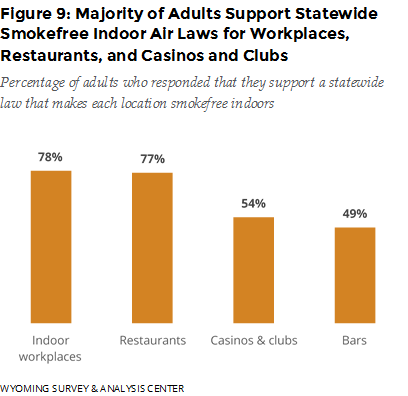 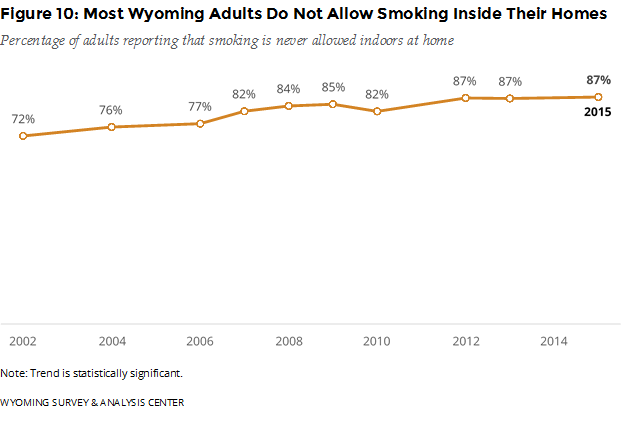 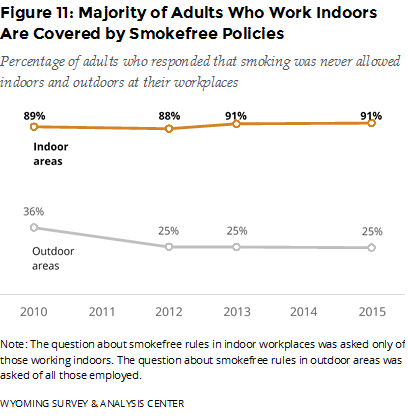 The percentage of Wyoming adults who reported they do not allow smoking inside their homes has increased significantly over time (Figure 10). 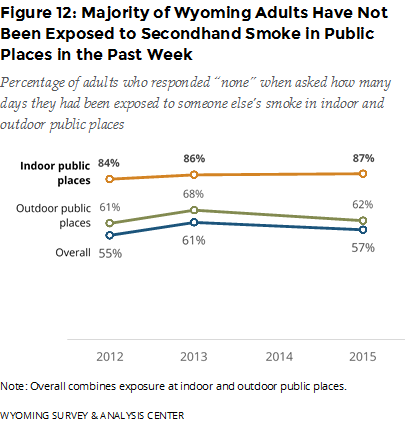 Relatively few Wyoming adults reported being exposed to secondhand smoke while at indoor or outdoor public places in the past seven days (Figure 12).

Opinions vary as to where and how smoking should be restricted. Wyoming adults have a high degree of agreement that indoor areas of restaurants and workplaces across the state should have smokefree indoor air. There is less agreement on smokefree air policies and laws for casinos, clubs, bars, and outdoor work areas. Most adults report working in places that have smokefree indoor air policies, but outdoor smokefree air policies at workplaces are rare. Most exposure to secondhand smoke occurs in outdoor areas, including at work and public places.