The Wyoming Tobacco Prevention and Control Program (TPCP) works to reduce tobacco use in Wyoming by using a comprehensive, multi-strategy approach. The TPCP aligns its strategies around four goal areas that it shares with the Centers for Disease Control and Prevention (CDC):

As part of monitoring progress on these goals, the TPCP contracted with the Wyoming Survey & Analysis Center (WYSAC) at the University of Wyoming to conduct the 2015 Wyoming Adult Tobacco Survey (ATS) with guidance and assistance from the CDC. 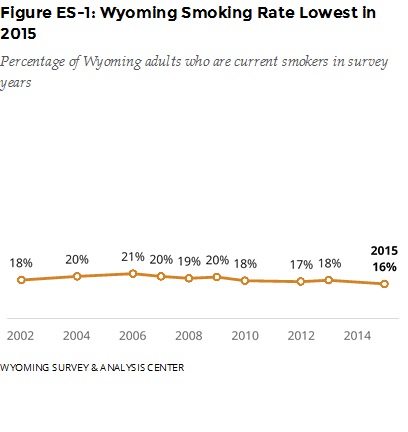 The adult smoking rate has shown a modest but steady decrease since 2006 (Figure ES-1). 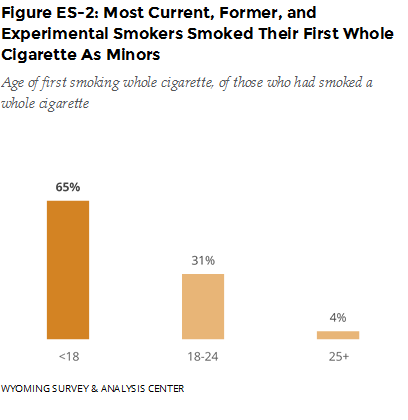 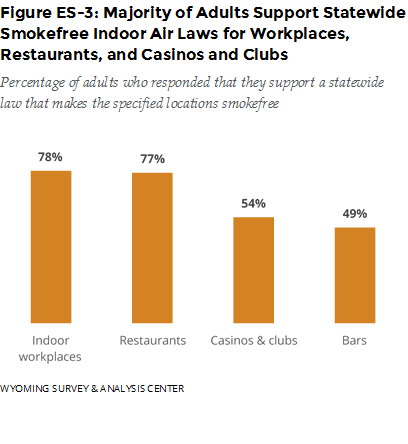 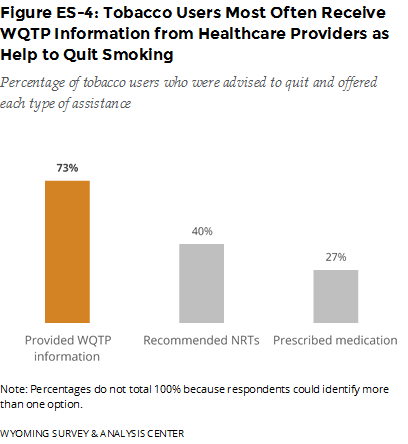 The 2015 overall adult smoking rate in Wyoming was 16%. The 2015 ATS data show that certain groups are disparately affected by the health burdens of tobacco use: 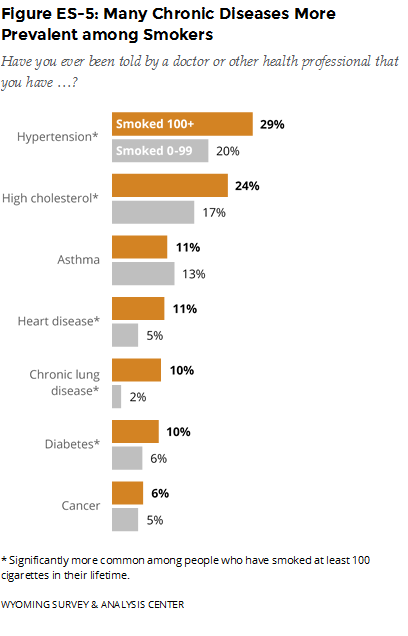 Based on self-report data, many chronic diseases are significantly more common among Wyoming adults who have smoked at least 100 cigarettes compared to those who have not (Figure ES-5).

The Wyoming smoking rate among adults has declined steadily since 2006. Persistent state and federal tobacco prevention efforts that help prevent smoking initiation and help people quit are likely to maintain that downward trend. This will, over time, reduce the economic and healthcare costs of smoking in Wyoming.