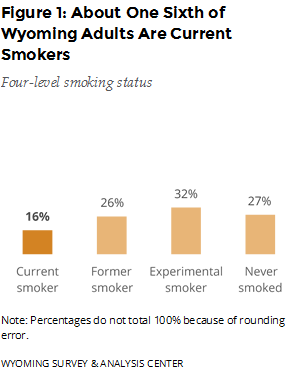 The Wyoming TPCP and the CDC track the prevalence and consumption of the use of tobacco products as key indicators across their four shared goals.

About one third of Wyoming adults have tried smoking without going on to become regular smokers. These experimental smokers are adults who have smoked less than 100 cigarettes in their lifetime. There are about as many adults who have never smoked, not even a puff, as former smokers (Figure 1).

The adult smoking rate (adults who have smoked 100 cigarettes and currently smoke every day or some days) has shown a modest but significant decrease since 2006 (Figure 2). 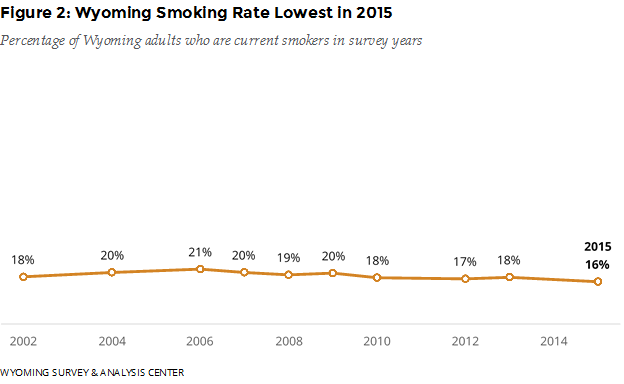 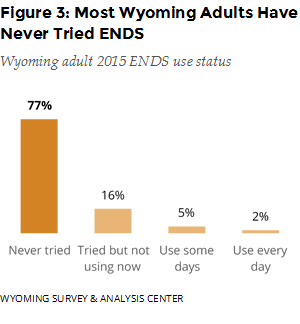 About three fourths of Wyoming adults have never tried ENDS; 7% use them some days or every day (Figure 3).

The 2015 ATS asked respondents who had ever tried ENDS why they used them (Figure 4).
The most popular reason was curiosity; users wanted to try something new. After that, the top results show an inclination by ENDS users toward cutting down or quitting cigarette smoking and an acknowledgment of the dangers of cigarettes. 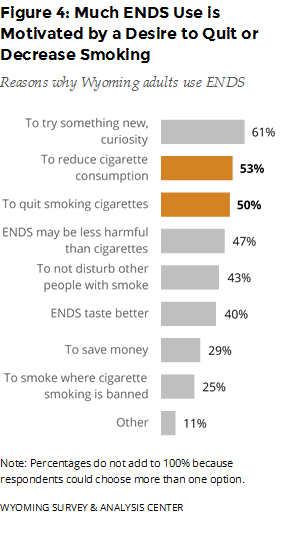 Among adults who had smoked at least 100 cigarettes and had also used chewing tobacco, snuff, dip, or snus in their lifetime, 42% of them have used some form of smokeless tobacco as a substitute for smoking when they were in a place where smoking was not allowed.

Cigarettes are still the most popular form of tobacco in Wyoming, but ENDS use is now about as prominent as smokeless tobacco use. Two of the top three reasons for using ENDS are cutting back or quitting cigarettes. 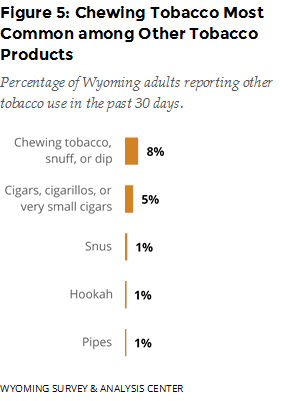