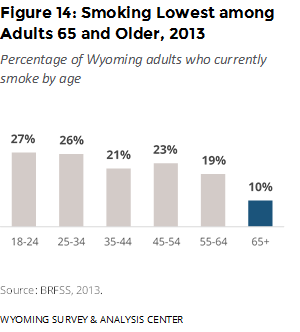 Within age and education, two demographic groups stand out as having low smoking rates: adults 65 years of age and older (Figure 14) and adults with a college degree (Figure 15; BRFSS, 2013). Wyomingites who are American Indian or multiracial are more likely to smoke than Wyomingites who are White or another race, which includes Black or African American, Asian, Pacific Islander, and other races (Figure 16). 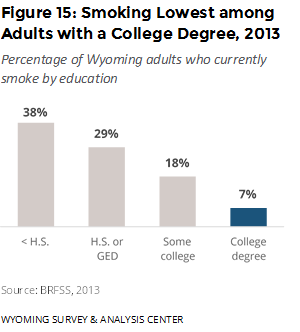 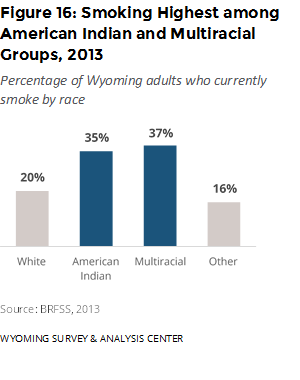 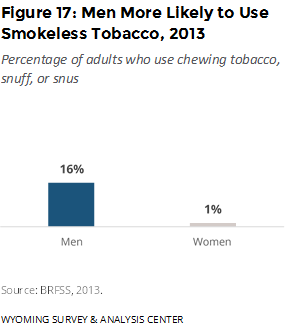 Within ethnicity, the smoking rate among Wyomingites who have a Hispanic, Latino/a, or Spanish origin is 25%, compared to 20% for non-Hispanic Wyomingites (BRFSS, 2013).

Unlike smoking (which does not show a statistically significant gender difference), men are more likely than women to use smokeless tobacco (Figure 17; BRFSS, 2013).

In Wyoming, older students are more likely to smoke, with the largest jump in prevalence occurring between 8th and 9th grades (Figure 18; WY YRBS, 2013). 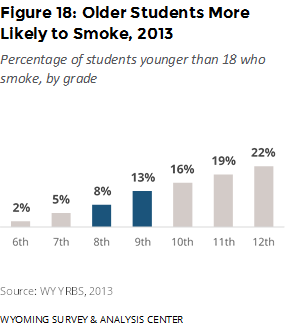 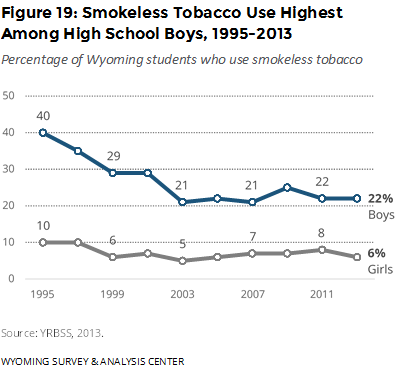