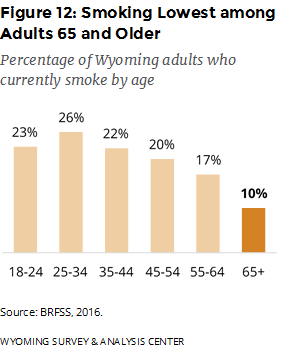 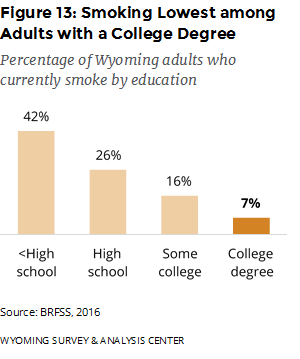 Young men and young women in high school smoke at about the same rate, but we do see a disparity when it comes to race and ethnicity. American Indian and Hispanic students smoke at higher rates than their counterparts do (Figure 14, YRBSS, 2015). 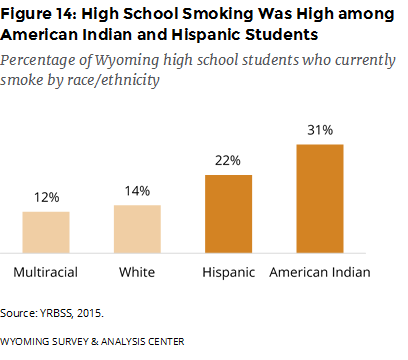 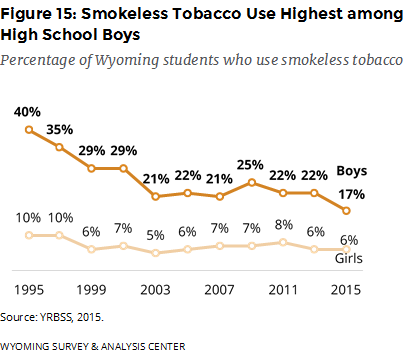 « Cessation | Burdens of Tobacco Use »