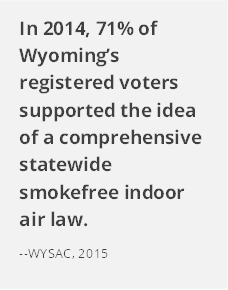 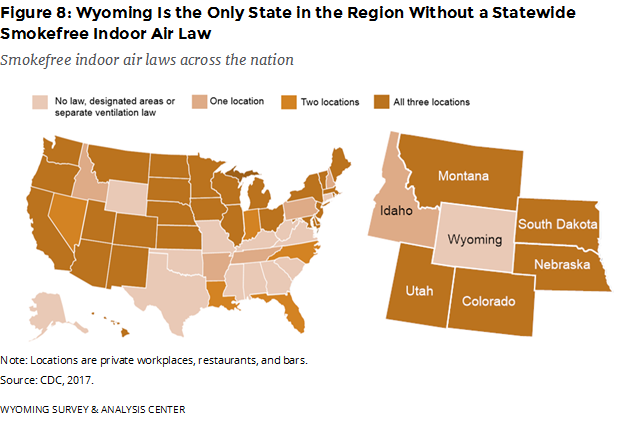 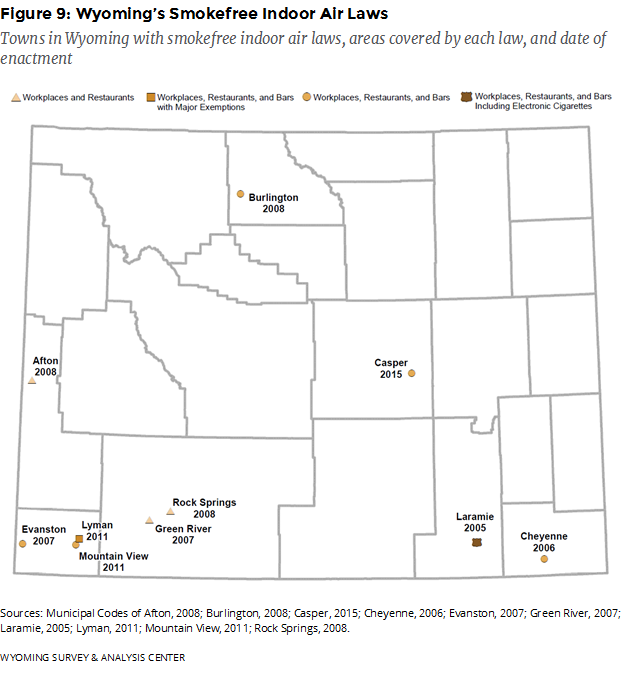 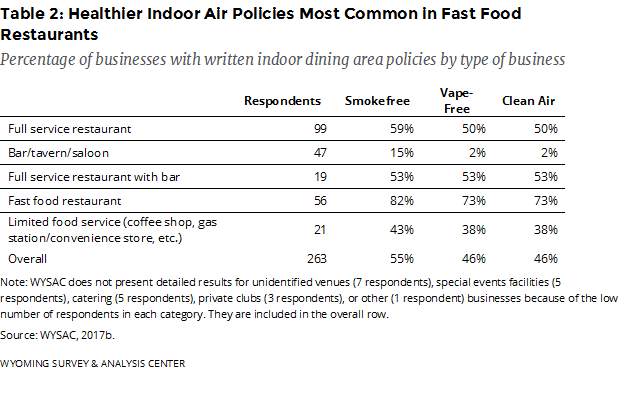 Voluntary smokefree policies in restaurants, bars, and other businesses also provide some protection from secondhand smoke (Guide to Community Preventive Services, 2015). In 2016, about half (51%) of Wyoming dining businesses (including bars) had a written policy about smoking or vaping. Written policies prohibiting smoking and vaping for all indoor areas (labeled Clean Air in Table 2) were most common among fast food restaurants. Full service restaurants were more likely to have clean air policies than full service restaurants with attached bars. Bars, taverns, and saloons (as a single category) were the least likely business type to have clean air policies (Table 2; WYSAC, 2017b).

In 2016, the prevalence of clean air policies differed across lodging business type. Indoor clean air policies were most common in multi-use businesses (e.g., a business that is both a motel and campground). Motels were the least likely to have smokefree and vape-free policies (WYSAC, 2017b; Table 3). 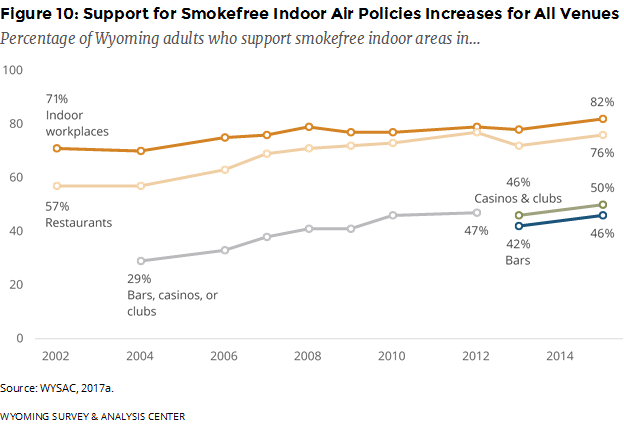 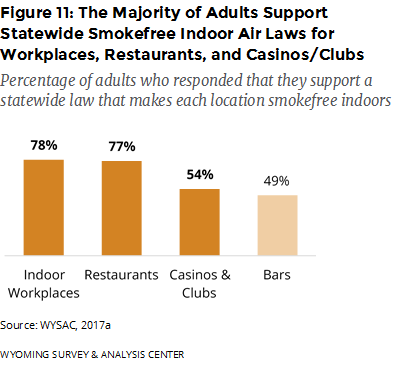 Most Wyoming adults who work primarily indoors are covered by policies prohibiting smoking in the indoor areas of their workplaces. However, these policies do not completely protect Wyoming workers from secondhand smoke because 22% reported breathing secondhand smoke at work in the past week (Table 4; WYSAC, 2017a). 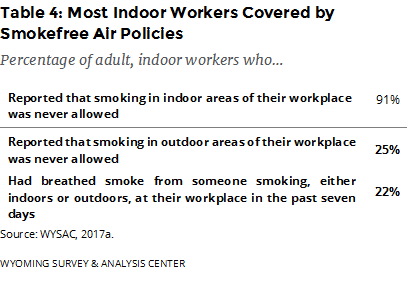 According to the Wyoming 2016 School Health Profiles Report: Trend Analysis Report (2017), schools qualify as tobacco-free when there is a policy that specifically prohibits the use of all types of tobacco (including cigarettes, smokeless tobacco, cigars, and pipes, but not necessarily ENDS) by all people (all students, faculty/staff, and visitors) at all times (including during non-school hours) and in all places (including school-sponsored events held off campus). In 2016, 40% of Wyoming schools had tobacco-free policies, a statistically significant decrease from 50% in 2014.